Capt. Mayank Tomar from Spice jet was staying with us from 7th to 8th July 2017. As per the contract, we are supposed to provide them free airport transfers. Normally two captains travel in one vehicle and on 8th July2017, since there was a change in their schedule, they wanted to go separately to airport in two different vehicles as one at 5.30pm and another captain at 6.30pm.

First car has left at 5.30pm and immediately after 5 minutes, Mr. Mayank Tomar, came down and wanted a vehicle to go to airport immediately as he as to catch the same flight as his schedule is again changed. Unfortunately all the hotel vehicles were on trips and we did not have either a spare vehicle or time to call a taxi from outside. He realized that it is his mistake that he has not informed front desk on change of his schedule but he was restless and started requesting us to drop him at any cost.

Our General Manager Mr. Mohammed Sheriff N. was watching all these in CC TV in his office and immediately he came out to the lobby and inquired on the same. Then he contacted him and said that he shall drop him in airport in his vehicle and he also agreed for the same. Immediately Mr. Sheriff took his car and drove personally and dropped him in airport on time. Mr. Mayank Tomar was thrilled and very happy about the help he got from the hotel on time and he appreciated the attitude of our General Manager who drove down him to airport personally.

Sheriff you are a true leader ! 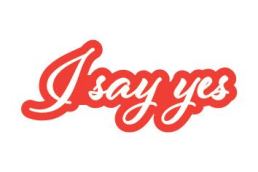 A few months earlier , a elderly couple Mr Abdullah and his wife checked in to Radisson Blu GRT Hotel Chennai . They were from Oman and were seeking medical assistance. They had come to visit the doctors in the Adyar Cancer Institute in Guindy. Mrs Abdullah was suffering from Cancer . The doctors advised her to undergo an operation in the leg which was done immediately. The doctors advised her rest ad to wear a special footwear. Unfortunately, the couple tried many sources but could not get the right footwear readymade.

Jay from the front desk was dealing with the couple and when he heard the predicament of the couple he made arrangements from a local shoe maker in Nanganallur in the neighborhood of the hotel to come in and take measurements in the hotel and delivered the shoes as per the doctor’s specification by the evening. The guests were ever grateful and thankful to Jay and the hotel in taking care of all their needs . The guest stayed for a couple of weeks and when they were leaving extended a invitation for Jay to visit Oman and stay at their home.

Shoubik Das Gupta, a Management Trainee at the Front Desk started his routine Night shift duty rom 20.00hrs .He took over a busy shift . The resort was full.

While he was very busy in handling check –ins and various guests’ requests at the front desk, Ms.Sheetal Mehra from room #146, approached him at 11:00 pm frantically and informed Shoubik that she had forgotten her contact lens solution at home and she would not be able to remove her lens without the lens solution and she was disappointed that this will ruin her holiday.

Shoubik pacified Ms Sheetal and assured her that he would try his level best to get the lens solution from the nearby pharmacy. But unfortunately when the bell boy wnet to the nearby pharmacy it was closed as it was 11.30 pm by then . Shoubik was in a dilemma as he had informed Sheetal that he would organize the lens solution with confidence and he has also asked her for 20 minutes to find out for possibilities if any . He did not want to let her down.

His training on ‘Yes I can’ service philosophy kicked in .

Frantically Shoubik , even though he was busy at the front desk remembered his room mate also used lens. He went out of his way and woke up his roommate to bring the lens solution from his room and then he has handed over the lens solution as he promised . The guest was very inquisitive and asked Shoubik how he managed to get the solution this late in the night and he narrated the entire incident to the guest , Ms.Sheetal was very happy for shoubik and she and exclaimed “THANK YOU SHOUBIK YOU HAVE BEEN A LIFE SAVER FOR ME TODAY”

She was so thrilled that she asked her daughter to give Shoubik a gift. This is the cute drawing.

They left the hotel early in the morning in a private Taxi and returned back only at 1 am after visiting Marina beach, Mahabalipuram and other places of tourist interest. On reaching the room the guests realized that they had forgotten their mobile phone in the taxi and the taxi had already left and there was no way they could contact the driver. They could only tell the color of the car and the model . It was a white color Suzuki Desire car. Mrs Richard was very sad and  lost hope of retrieving the mobile which had all the photos of their trip and also some vital information and contacts. They contacted the front desk at the hotel and expressed their disappointment.

The Duty Assistant Security officer Krishna Singh ,took it on himself to get back the mobile at any cost so that the guests take back good memories of our country and the hotel .

His investigations led him to believe that the car would have refueld in the Petrol stations in the vicinity of Mahabs. He contacted a BPCL Admin Executive he knew and scanned the cameras in the petrol stations in and around the Mahabalipuram. At the end of the day , he tracked down the same car  entering in a camera footage in a BPCL station. With this information he contacted the police station and took their help to track the vehicle and the driver . Finally , the police were able to retrieve the mobile phone from the taxi driver and returned it to the guest.

Mr and Mrs Richard were truly grateful and were amazed for the efforts taken by Krishna Singh and the hotel team. They conveyed that they have never had such a unique service experience ever in their many travels around the world. They wanted to bring their entire family and children the next year and made advance reservations in the hotel.

Incident: Reaching the  Srilankan Airline Pilots and Crews at the airport  on time overcoming road blocks and agitations by Jallikkatu supporting groups

On 20th January 2017, there was an agitation and road blocks by local people supporting Jallikattu which had reached a peak and no vehicles including two wheelers were allowed to run on the roads in Madurai. Srilankan airline pilots and crews were staying with us and since all the international flights were operating, they must board their flight before take off and without fail. They got struck in the hotel and were getting frantic calls from airport and their head office in Srilanka. They requested us to drop them at  Airport at any cost without causing any damages to them !! Finally, our chauffer Thirupathi had come up with an idea of taking them along a different village route which connected to  NH47 national highway which has a short cut  to the rear end of airport. Both the drivers assured that they can handle the local villagers as they know them personally. Two captains and five female crew were taken in two cars and they managed to reach the rear end of the airport. Meanwhile, Srilankan staff at the airport were briefed on this plan and they were asked to come to the spot. Both the drivers and Srilankan airline staff escorted all the pilots and crew to the airport rear end compound and managed to get inside the airport. The Pilots and crew  were pleased with driver’s ‘out of box’ thinking and their assistance in reaching them to the airport safely.

One of the pilot video recorded the whole incident and uploaded it in the Youtube.

This is a text widget. The Text Widget allows you to add text or HTML to your sidebar. You can use a text widget to display text, links, images, HTML, or a combination of these. Edit them in the Widget section of the Customizer.
Follow GuestsareGods on WordPress.com